Researchers at the Technical University of Munich used X-ray technology to observe the internal reactions of organic solar cells at the molecular level, which can be used to increase the conversion efficiency of solar cells.

Organic solar cells are composed of organic molecules and one of the key factors that restrict the battery's ability to obtain more energy is the arrangement of the molecules. So far, there has been no corresponding study on how molecules are arranged in the printing process, and in order to control the arrangement of the components in the battery, it is very necessary to study this problem from the molecular scale. The team's research found that at the beginning of printing, the solvent gradually volatilizes and other materials remain in the solution. This phenomenon directly leads to an increase in the concentration of organic molecules until the electron donor begins to crystallize. At the same time, the electron acceptor begins to polymerize. In this process, the distance between the two materials has been determined, which directly affects the efficiency of the battery. In order to increase the efficiency of the battery, it is necessary to control this step in the printing process. 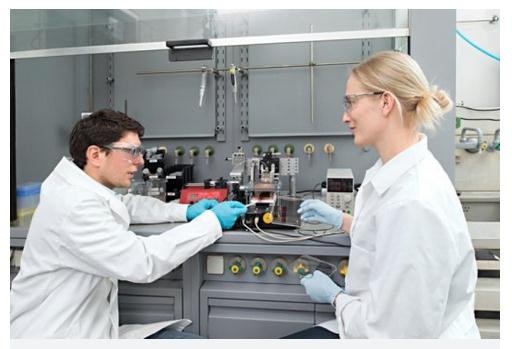 Researchers will use existing results to control the arrangement of other materials so that they can be directly applied to industrial production and optimize the battery production process.

Recently, the National Renewable Energy Laboratory (NREL) of the U.S. Department of Energy and the researchers of the Swiss Center for Electronics and Microelectronics (CSEM) have jointly developed a dual-junction III-V/Si solar cell to convert decentralized sunlight into sunlight. Created a new record for the efficiency of electricity, reaching 29.8%.

This type of solar cell consists of two types of battery stacks, the upper part of which is a GaInP solar cell developed by NREL and the lower part is a crystalline silicon cell developed by CSEM using silicon heterojunction (SHJ) technology. . The key to this record is the design of the new double junction solar cell proposed by CSEM. The results of the first cooperation further demonstrate that higher efficiency can be achieved by combining NREL and CSEM solar cells.

Funding for this research work comes from the US Department of Energy Officeâ€™s SunShot program for energy efficiency and renewable energy (which aims to realize the cost advantages of solar versus conventional energy) and the Swiss Confederation and the nano-tera.ch program.

Aluminium foil (or Aluminum Foil), often referred to with the misnomer tin foil, is aluminium prepared in thinmetal leaves with a thickness less than 0.2 mm (7.9 mils); thinner gauges down to 6 micrometres (0.24 mils) are also commonly used.
Aluminium foil is produced by rolling sheet ingots cast from molten billet aluminium, then re-rolling on sheet and foil rolling mills to the desired thickness, or by continuously casting and cold rolling. To maintain a constant thickness in aluminium foil production, beta radiation is passed through the foil to a sensor on the other side. If the intensity becomes too high, then the rollers adjust, increasing the thickness. If the intensities become too low and the foil has become too thick, the rollers apply more pressure, causing the foil to be made thinner.
Aluminium is used for packaging as it is highly malleable and can be easily converted to thin sheets and can be easily folded, rolled and packed.it is also used broadly in food and pharmaceutical packaging. The purpose of aluminium is to make long-life packs (aseptic packaging) for drinks and dairy goods, which allows storing without refrigeration. Aluminium foil containers and trays are used to bake pies and to pack takeaway meals, ready snacks and long life pet foods.

Previous: Family balcony decoration notes that this decoration is comfortable